A multimillion-dollar renewable energy project is in full swing as the installation of 1,200 solar panels at Morpeth Wastewater Treatment Works (WWTW) builds on Hunter Water’s push to reduce the organisation’s carbon footprint.

The 600-kilowatt system continues the rollout of renewable energy projects at wastewater treatment works and pump stations across the region, with Hunter Water investing more than $15 million to deliver over six megawatts of solar within the next few years.

The work being done at Morpeth WWTW follows the earlier installation of a 252-panel solar array at Branxton WWTW, while Kurri Kurri, Raymond Terrace and Boulder Bay WWTWs have also been identified under the first phase of a staged approach.

Hunter Water Managing Director, Darren Cleary, said the rollout would cut the organisation’s energy costs through onsite renewable generation and support its goal to be carbon neutral by 2030.

“The NSW Government is supporting this major investment, which will generate electricity to power Hunter Water’s facilities, reduce its impact on the environment, and decrease ongoing electricity costs.

“The improvements at Morpeth and the three other sites have flowed on from the successful trial of a 100-kilowatt system at Branxton WWTW last year.

“I look forward to seeing the long-term benefits once all sites are operational, with the overall project expected to lower our carbon footprint by up to 10 per cent,” said Mr Cleary.

The renewable energy project was included as part of a wider $685 million capital works program over the next four years.

Mr Cleary said it had offered an opportunity to incorporate additional sites and test new technologies.

“Following the success of the solar pilot project at Branxton WWTW, we are now applying what we learned to roll out other projects across our region’s assets.

“Electricity is one of our major expenses, accounting for up to 10 per cent of our operating costs, and solar is one of a number of opportunities available that can help us reduce both costs and carbon emissions.

“Once completed, we estimate the renewable energy project will deliver a 12 per cent reduction in consumption per year and provide an annual saving of $1.15 million on our electricity costs,” said Mr Cleary.

Stage two will include an extension of the Branxton WWTW solar project, as well as further work at Cessnock and Shortland WWTWs, while a plan to trial floating solar technology is also on track. 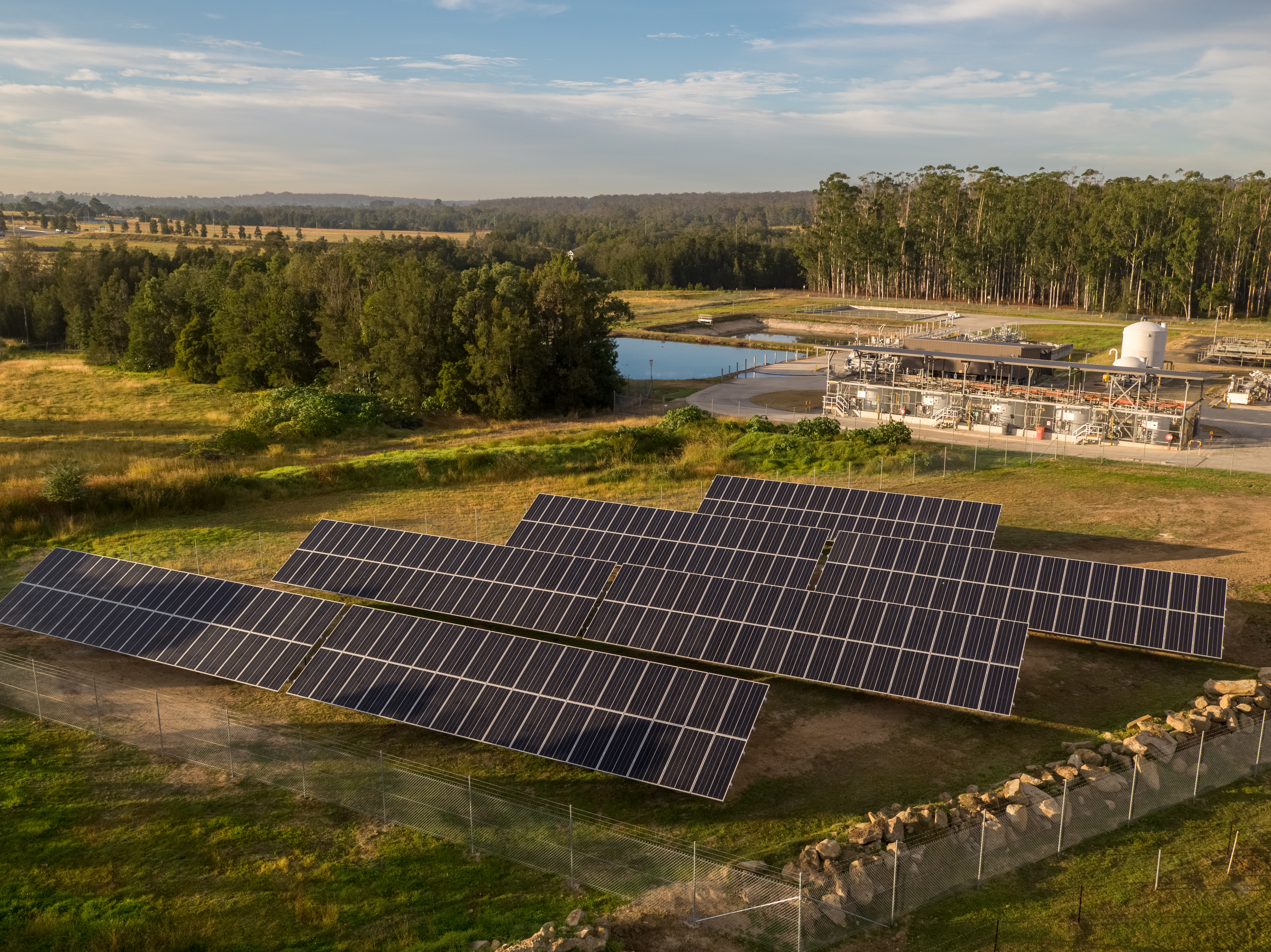 Why I work in water: Kylie Bennett

Why I work in water: Kel Dunning